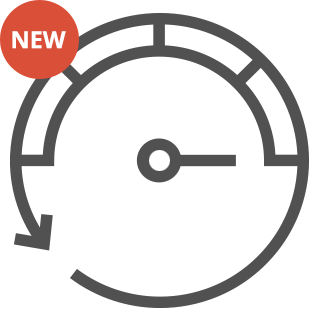 Quickly identifying what has changed in 5, 50, or 100 plus Gigabytes file is not a simple task to complete for most backup programs operating within a limited backup window. By tracking changed files in between backups, Atomic IT knows exactly what portions of the files should be protected when a backup job starts, regardless of how large a file gets.

Atomic IT automatically keeps track of what’s changed in selected files that are 1GB or larger, making the backup of changes to databases in SQL Server, Exchange, and SharePoint, as well as changes to Outlook PST files, and Hyper-V virtual machines as fast as traditional backups of changes to smaller files.

Traditionally, backups of large files and databases don’t conform to small backup windows – it just takes too long to scan, compare, and identify what’s changed before the backup can begin. Our Backup Accelerator decreases the backup time of large file backup by 60-80% when compared to a regular file-level backup of the same data.

Large files are easily identified by Atomic IT by specifying the file extension and minimum file size to monitor. Both values can be customized to meet the file types and sizes needed by your customers to ensure increased backup performance across your entire network.

In today’s environments servers aren’t the only systems with large files on them. That’s why Backup Accelerator is supported on Windows 7 and higher on client machines and Windows Server 2008 and higher on servers.