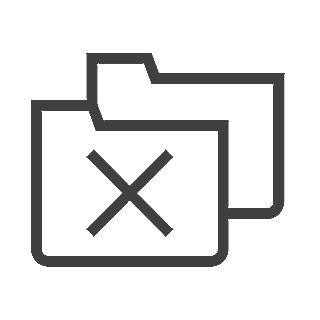 When it comes to backup, two issues are of paramount importance – the speed of backup and the amount of data that needs to be regularly backed up. Fortunately these two issues are closely related, and in the case of Atomic IT are solved with a single piece of technology called True Delta.

True Delta is magic that drives Atomic IT deduplication, a process so efficient it is called Deep Deduplication. With Atomic IT your initial backup is a complete copy of all your data. After that, True Delta kicks in and only sends new data across the network to be backed up, dealing just with the delta between the existing backup and fresh data.

Some deduplication techniques only back up new files, which is a big improvement over having to regularly do full backups. But files can be large, and even if there a trivial change to the content, the entire file has to be backed up.

True Delta, in contrast, works on the block level. That means it only has to deal with changes made within the file, and doesn’t have to transmit the entire file. Even VMware backups are processed on the block level, meaning your virtual machine backups are also vastly faster. True Delta also works with Microsoft Exchange and SQL Server.

How does True Delta works

So how exactly does True Delta work? It is all based on a journal that tracks the backup set. All data in that journal that hasn’t been changed will not be part of a new backup. The same holds true for restores. Data that is already on the system being restored will not be resent during recovery. Atomic IT deduplication goes even deeper with True Delta Slicing. This technology implements three different deduplication technologies, including a static slicer, dynamic slicer, or a complete slicer. Atomic IT applies different techniques depending on the size and type of the files needing backup.

Perhaps most important of all, the speed offered by True Delta offers tremendous flexibility in when backups are done and how often they are performed. In term of timing, because backups are now so fast, they no longer have to be scheduled off hours.

Frequency is a bigger deal. Most SMBs fail to backup their data every day, often out of fear of clogging the network or overstressing the disks. But with True Delta, you can do daily backups because you aren’t processing all that much data. In fact, Atomic IT only needs to send from 0.1% to 1% of the complete data volume in order to complete a daily backup. That means a terabyte backup volume can be kept up to date by just sending 1-10GB.

True Delta and related Atomic IT compression techniques results in some pretty impressive speeds, such as the ability to process 9,000 files a second or 32.4 million files every hour.